The state known for being First in Flight is now home to the company behind the world’s most advanced light business jet.

Honda Motor Company, Ltd. officially entered the aviation business in 2006 when it founded Honda Aircraft Company to develop, manufacture and commercialize engineer Michimasa Fujino’s vision of a unique Over-The-Wing Engine Mount (OTWEM) business jet. That vision came to life as the HondaJet, now the most delivered aircraft in its class for the past three consecutive years.

Scaling Up in the Carolina Core

In 2011, the company invested an additional $20 million to construct a new Maintenance Repair and Overhaul (MRO) facility. “After a rigorous evaluation of various site alternatives, we concluded that we could best serve our customers and complement HondaJet dealer service facilities by placing our MRO facility in North Carolina,” says Fujino. “This also reinforced Honda’s contribution and support to continue developing the aviation and aerospace cluster in the Carolina Core.”

Honda Aircraft Company deepened its investment in the Carolina Core in 2019 with a $15.5 million, 82,000-square-foot expansion of its production facility. The new facility will increase warehousing space and allow the company to house a new wing assembly process for its HondaJet Elite, the fastest, farthest, quietest, and highest-flying plane in its class.

Tapping into the Local Workforce

North Carolina’s deep history in aviation has cultivated an equally deep pool of qualified talent from which Honda Aircraft Company can pull. In fact, the vast majority of the company’s associates are from North Carolina.

“Our associates come from more than 30 countries, but we have been extremely successful in hiring associates from the local area. Approximately 60 to 70% of our associates are from North Carolina,” according to Fujino.

“Talent in the Carolina Core has a strong work ethic as we have seen in interns from nearby colleges as well as associates who have been with us for over a decade. A strong work ethic is critical to Honda Aircraft Company achieving its goals and we are lucky to have found it here,” Fujino says.

"A strong work ethic is critical to Honda Aircraft Company achieving its goals and we are lucky to have found it here." 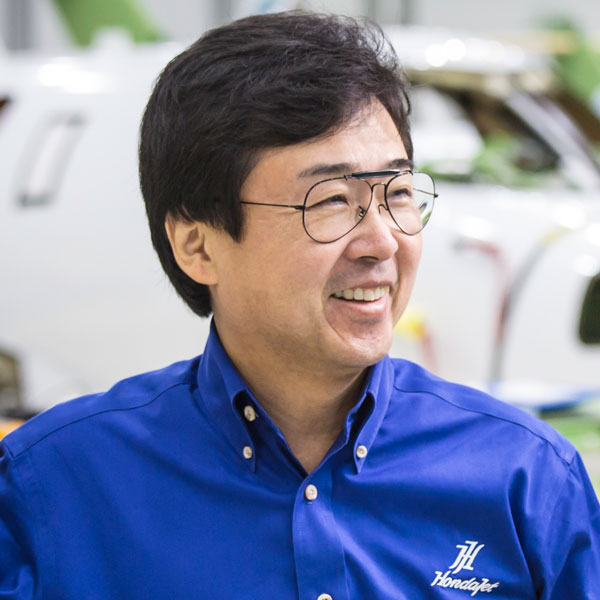